For the second object in our story of motoring we have chosen the Museum’s 1915 V-twin engine Indian Scout. Motorcycling was an affordable gateway into the early days of motoring and played an important role in the establishment of the Civil Service Motoring Association (CSMA): owners of the Cotswold Motoring Museum and Toy Collection. 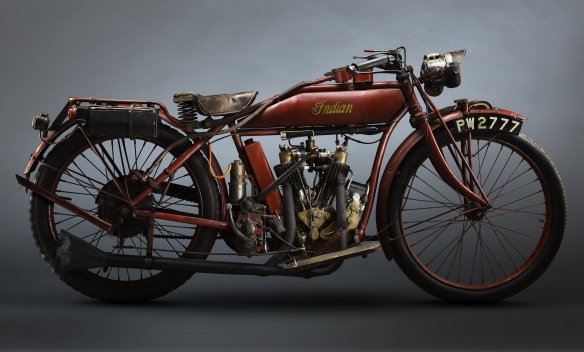 During the 1910s, Indian was the largest motorcycle manufacturer in the world with an impressive racing success. In more recent years the bike gained appreciation in the film ‘The World’s Fastest Indian’, released in 2005 and starring Anthony Hopkins as a determined New Zealander, Burt Munro, who ultimately sets a land speed record for under 1000cc bikes of 201.851mph at the Bonneville Salt Flats in the USA.

While for many, the thrill of riding a powerful two-wheeled machine could not be exceeded, for others riding a motorbike was a less expensive alternative to car ownership. Frank Edwards the founder of CSMA, along with many of the original members, was a keen motorcyclist. He had some notable success in competitive racing, but also saw the bike as practical transport. Edwards died just one year after the club’s inauguration and we have very few photographs, so the two with his 1920s Harley Davidson are special to us. Harley Davidson were direct competitors to Indian eventually surpassing them in popularity. 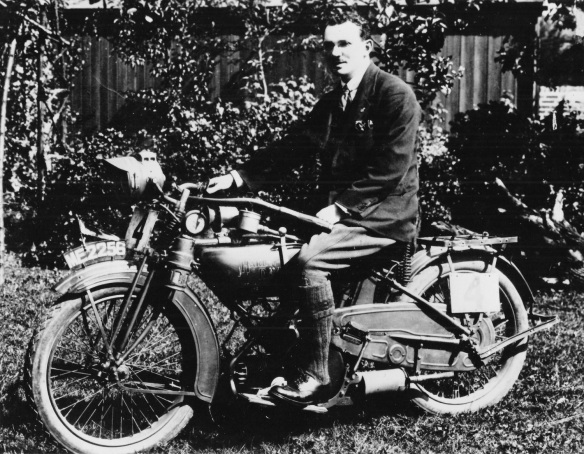